Description of the second piece: Fenster

In Venice there are many corresponding elements to be found, but no schemes. That makes this city a layout for music. Correspondencies of colour, of mouvement, of texture and material.

There are layers of time and movement, different speeds of a walking man, a boat and a bird, all on the irregular beat of the stones.

More and in a different way than in any other city i know, there is a phenomenon in Venice’s architecture, that can be a model for musical compositions. One could call it a structural unpredictability. You can not anticipate the right wing of a building by knowing its left wing. You can not anticipate what you will see behind the next corner, if you haven’t lived here for a long time.

One of the reasons is: the light changes with the tides and the seasons.

During October and November 2010 i’m taking pictures in the city with my telephone and develop a model to transform some of the structures into music.

Great architects like Palladio only built churches in Venice, no private palazzo. They didn’t succeed with their hermetic universe of scheme. It worked out on the countryside, but not in Venice, nobody can bring any scheme to the lagoon from outside without destroying the grown logic of hundreds of generations of how to deal with the water and the swamps. Venice is just Venice, no comparison to other settlements is possible. Every fassade is just itself, every window is itself, has it’s own logic, unrepeatable, no matter what the architect had conceived. Sometimes interior necessities like an extra chimney or a staircase that was too dark have led to an extra window out of the line. Maybe the rio is narrow on one side and much broader on the other, then more windows are on that side. 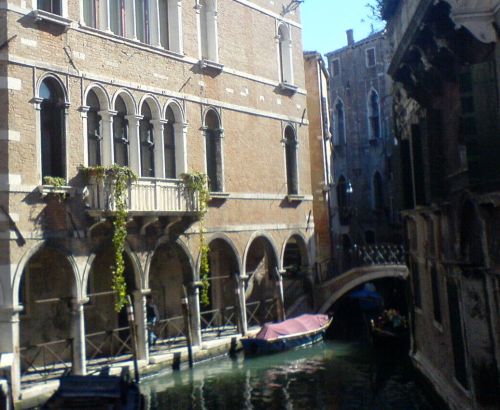 Most of the times, though, there seems to be no other explanation than just a sane intuition of form, since asymmetrically corresponding elements are much more joy than symmetric schemes.

Of course, the water plays an eminent role also in the phenomenological sense. Some more tilted symmetry is added by the water reflections, more “crippled symmetry”, to use a term by Morton Feldman, that is relying strongly to this whole subject.

Also the contrast between the fluid and the stone can’t be neglected in this project. When the tide is high and the water covers the streets, water and stone melt into each other. On a photograph it’s unclear which part is fluid, the traces of rust on the wall or the gelatine-like, seemingly frozen water.

In between the stone and the waters, there is the laundry, the transition between humid and dry. 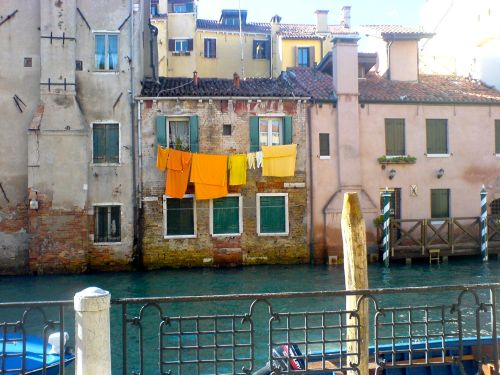 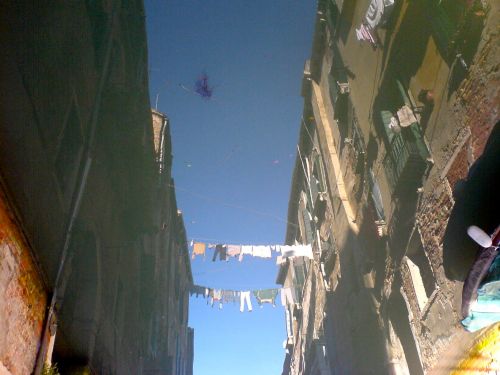